How To Get Large Groups In Focus

It can be difficult enough sometimes to ensure that you have one person in focus, but with a large group it becomes even more difficult.

Keep these 5 tips in mind when shooting large groups and you’ll give yourself the best chance to walk away with some keepers.

1. Use A Smaller Aperture

Try using a smaller aperture to increase the depth of field of your image.

Aperture (or f-stop) is usually noted on your camera by “f/” followed by a number (for example f/2.8 or f/8). The larger that number, the more of the image will be in focus.

2. Position Everyone On The Same Focal Plane

The focal plane is basically the distance from the camera where something is in focus.

With a single person, this is pretty easy to work with. But the larger the group is, the more difficult it is to keep every person the same distance from the camera.

To help with this, you can work from a tripod so that you can eliminate at least one variable from the equation (you moving the camera position).

Then you can more easily position each of the people in your group knowing that as long as they stay relatively still, they’ll be in focus.

But don’t forget that the focal plane is not a straight line. If everyone is the same distance from the camera, that means that a line of people would have to be curved. So with bigger groups, it can be helpful to have people move slightly forward the further from the middle they are.

It doesn’t have to be a drastic curve, but just enough to keep those on the far left and right of the group the same distance from the camera as those in the middle.

If you have a lot of time to set up. You can even have a helper stand in the middle of the posing area, measure out the distance from the camera to them, and then mark that same distance on the ground as you move out to the sides.

That way everyone has a mark to stand on when the group arrives and you can easily nail focus.

3. Focus On The Front Middle

If you are in a hurry and need getting the shot quickly is more important than being 100% sure of getting focus, then just focus on the person in the front of the group in the middle of the frame.

More ofen than not, when you focus on a specific spot, the depth of field will extend behind that point more than it will extend in front of it.

This is certainly not a substitute for using the correct aperture and positioning the people properly, but it can help in a pinch.

If you have a really big group, then also try focusing about 1/3 of the way into the depth of the group.

4. Stand Farther Away From The Group

The further away you are from your subject, the larger your depth of field will be.

You may have to crop in a little after the fact, but that is still better than having some people out of focus. Most of today’s cameras have plenty of megapixels to allow some cropping.

Like everything in photography, this is a balancing act. If you get too far away then you’ll need to crop in a lot and lose some resolution. If you get too close, then you’re shrinking your depth of field.

Make sure to keep in mind where the photo will end up. If it is going to be posted on the web somewhere then go ahead and back up and crop in because you don’t need a lot of resolution. But if it is going to be printed large, then be a little more careful. Always keep the end goal in mind.

Sometimes your shutter speed just isn’t fast enough and can cause some blur from the movement of either your hands or the people in the photo.

A shutter speed like 1/60 of a second is usually fast enough for shooting a portrait when the people are standing still. But it just takes a little bit of movement at the wrong time to create some blur at that shutter speed.

If the conditions allow for it. Try something like 1/200 of a second. That won’t necessarily freeze fast action, but it is usually good enough for the one person who can’t sit still.

While this issue isn’t necessarily specific to large groups, the size of the group may make it more difficult to identify if and when someone moves as the photo is being taken.

I encounter this all the time with large family groups. There’s bound to be at least one kid that doesn’t want to be there (sometimes it’s an adult). They’re moving around, cracking jokes, and talking to everyone during the shoot. 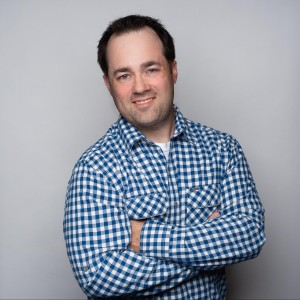 How To Remove Glare From Glasses In Lightroom

How To Focus In Macro Photography